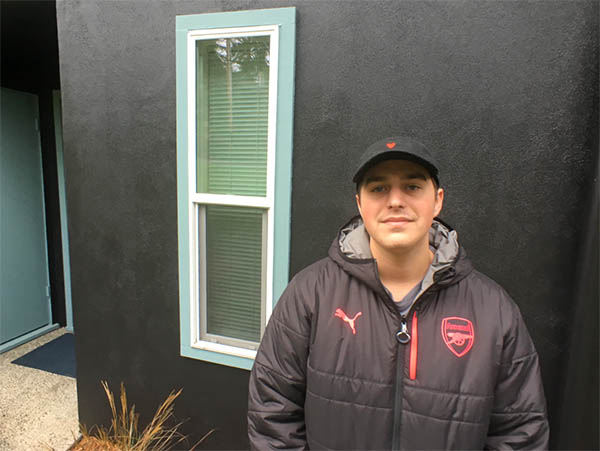 There’s someone at Seattle Sober Living we are all very grateful for. His name is Landon Bracken and we’re acknowledging his strength, dedication, and growth in this month’s blog. Landon came to SSL in August of 2016. His path had been a difficult one and his struggles early on at SSL were many. That alone is sadly not uncommon, but what was unique about Landon was that at the end of every conversation and following every bump in the road was a “yes”. What Landon has never lacked is a desire to be better; to feel better, to serve the universe better, to be a better man. We’ve watched Landon walk through personal struggles and family tragedies with dignity, grace, and sobriety. He is now working at SSL and Lakeside Milam. He’s a source of strength, inspiration, and friendship and we appreciate him greatly. Here is his story in his own words. 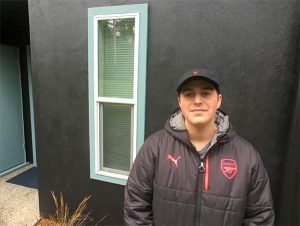 Like most people in recovery, I spent years of my life chasing the next high. Constantly using, looking at alternative options when one high wasn’t good enough – addiction began to take control. That time was really dark. I was constantly surrounded by people, but there wasn’t any real fellowship. It was lonely. Trouble with the law became an issue, and I was faced with charges. With jail time and a period in a treatment center, the court said they would offer modifications to my charges if I could start my life over.

It was an ordinary Tuesday; September 15th, 2015 when I sought help by moving in to Bridge Recovery Homes in California, and started tackling some mental health issues. They had a lot of clients with similar stories and I needed that. In August 2016 I moved back to Seattle and became a resident at Seattle Sober Living. I committed to a strict schedule – 300 meetings in 250 days, got my head in the Big Book with a sponsor, and worked through all 12 steps. Not too long after, I began to sponsor other guys and developed a real dedication to the program. In September of 2017 I began working at Seattle Sober Living in West Seattle, and later started working at SSL’s Kirkland location.

This house, and my friendships have been especially helpful recently. On November 15th my brother passed away. It’s been helpful having my close friends in close proximity here. I feel very human. I have highs and lows and live through both. That’s very different from what it used to be like. When I was using, the small problems seemed huge and the huge problems got numbed out. Feeling sad or depressed is natural now – what’s different is that I’m not using substances to change those feelings. Now I have lasting and meaningful relationships and can accept whatever I’m feeling. I have an opportunity to show that things will be ok, even through struggles. Showing people that life will be ok, even with dealing with my brother’s death, is important to me. Today I use God, meetings, and fellowship to handle challenges.

It’s been a real honor to witness the way Landon has been authentic in sharing his feelings in dealing with such loss. It’s inspiring to see his honesty through it all. He’s embracing the support from this community, and he’s sharing his hope.