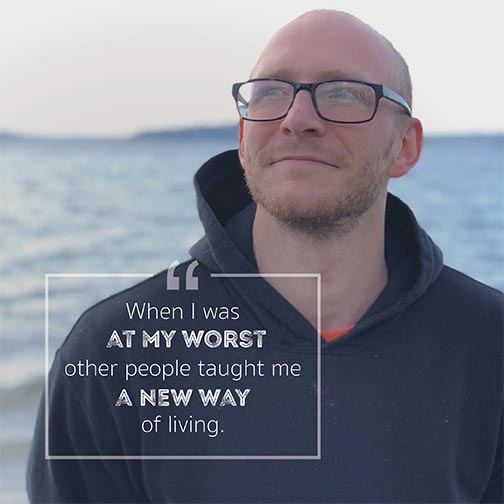 I grew up in rural Illinois in a middle class family. I started using drugs and alcohol at the age of 16 which eventually took me down a dark path of self-centeredness. I began to have many relationship problems spanning from my parents to good friends. I chose drugs and alcohol over these important relationships, burning a lot of bridges along the way. At my bottom I went through horrendous withdrawal symptoms for weeks. I was 24 when my mother recommended going to Alcoholics Anonymous meetings because she knew I needed help. I went for about 3 months before deciding to do my own thing instead of following the directions of others. I made it about three months before going back out and using.

I made a geographic change to Seattle at the age of 25. I again started experiencing withdrawal symptoms and I knew that I couldn’t do it alone. I went back to the only thing I knew might be able to work for me – I started going to AA meetings in West Seattle. I immediately felt right at home and I was welcomed with open arms into the community. The diversity I found in meetings seems way more accepting than back home. Once I became acquainted with a good group of friends in the W Seattle AA community I started experiencing a whole new way of living. I was able to associate with others and have fun doing recreational activities without being intoxicated. I had never felt comfortable doing that before. I developed a community with friends that were also sober; relationships that had value beyond using drugs. I began to work the 12 steps of alcoholics anonymous with a sponsor. That improved my relationships, many of which were on bad terms. I was able to find a sense of peace and serenity through working the steps that I had never felt before.

I was familiar with guys living at Seattle Sober Living through meetings, and had been there a few times. When I had almost 2 years of sobriety, I was offered a job as a House Manager. Working with addicts in recovery has given me the ability to get out of myself and serve others who are in a position I was once in. I owe my life to other alcoholics and addicts in recovery because when I was at my worst other people taught me a new way of living. 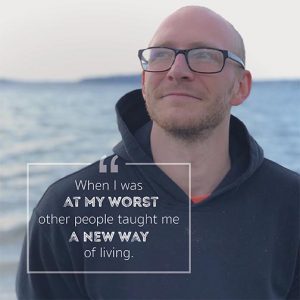